Toronto is a rapidly growing city. To meet the needs of residents and commuters, city planners are building out new transit systems. As these projects reach completion neighborhoods will change. This interactive map shows three new Light Rail Transit lines currently in development in Toronto.

Are you looking for a future-proof real estate investment opportunity in Toronto? Schedule a call with our team today!

View the map to gain insights on the future of Toronto. Click on the lines for more info.

The Toronto rapid transit projects are part of The Big Move, a 25-year, $50 billion plan that will transform regional transportation across the Greater Toronto and Hamilton Region.

The Government of Ontario has committed $8.4 billion in support of new transit for Toronto.

On November 28, 2012, Metrolinx, the City of Toronto and TTC signed a master agreement for the implementation of the Toronto Light Rail Transit Program. The agreement formalizes the construction and future operation of the four new Light Rail Transit (LRT) lines in Toronto, which will improve public transit and ease congestion in Toronto. Metrolinx will own the LRT lines and the TTC will operate them.

Should I Hire a Property Manager? 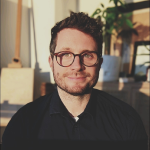